The Origin and Extent Of The Universe

There are several theories involving the conception of the universe. Out of the various theories the one which got strongly established is that of the Big Bang theory. According to this theory, universe began due to a tremendous explosion from a single point that resulted in the release of tremendous amount of matter and energy and the creation of space and time itself. The age and size of the Universe can be estimated from this theory. Firstly, let us take the age of the Universe into account. How old is the Universe? It can be estimated in two ways:

The globular cluster stars are some of the densest clusters of stars in the Universe, and it serves as a cosmic clock because of two reasons:

In order to determine the age of the globular stars, astronomers measure the distance of the stars from the sun using the yardstick “light year”, which is nothing but the distance traveled by light in one year. According to this method, the origin of the Universe was estimated to be between 11 and 18 billion years ago. The disadvantages of this method are listed below:

Next, let us come to the size of the Universe. The extent of the Universe can be estimated using the Doppler effect of light. That is, the change in the intensity of light depending upon whether the rays of light are approaching or receding. When we measure the light from all the distant stars, we find using the Doppler shift in light, that these stars are receding from us. This made the astronomers lead to the conclusion that the Universe is expanding, as a whole.

Now, imagine a balloon which keeps expanding as you blow air into it. As it reaches the optimum elasticity, it is bound to burst. Now apply this logic to the Universe. If you do apply this logic, you can see that the universe will keep expanding, until it can expand no more. When the capacity has maximised, it is expected to implode and start from scratch again. This cycle is also expected to repeat again and again. In conclusion, the Universe may be considered as a phoenix, which can be born from its own ashes. 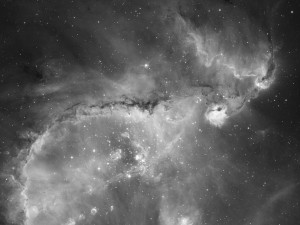