What if someone told you that for starting to learn about the sky and the universe you don’t need an expensive telescope?
Wouldn’t that be intriguing? 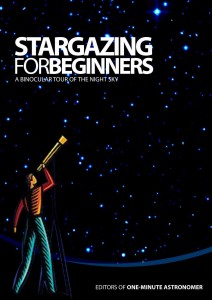 It is possible and actually quite easy to find some really spectacular sights in a starry night sky, for example…

• A misty patch of stars in the constellation Cancer… already used in ancient history by star gazers to give a weather forecast. (now it is known that this really is a white-blue star cluster – Galileo Galilei discovered this)

• A voluminous star field in the direction of the center of Milky Way in the constellation Sagittarius, which hosts lots of star clusters and nebulae that can be seen even by a beginner with binoculars

• Two enormous  spiral galaxies that can be seen with the bare eye (and perfectly with binoculars). Their light has travelled longer than 2 million years to reach our planet through the vastness of space (there are no objects more distant than these that can still be seen without telescopes or binoculars)

• And many things more…